Alberto Rubegni was born in Pisa in 1951 and holds a degree in Civil Engineering. He has been Chairman of ASTM since 12 February 2020, subsequent to holding the position of CEO between 2015 and 2020, achieving significant results, including the industrial and strategic reorganisation process focused on the “One Company” business model, which reached completion with the merger of the subsidiary SIAS into ASTM, the consolidation of the Italian market and the growth on international markets which have made the Group the world’s second largest player in the management of motorway concessions today, entry of the Ardian fund, one of the world’s leading private equity investment companies, into Nuova Argo Finanziaria.

Over the course of his career, he has held various prestigious posts within the infrastructure sector which have seen him at the helm of important companies that lead the way globally in implementing large transport infrastructure projects, hydroelectric works, and civil and industrial construction projects, as well as within the motorway concessions sector.

He has managed some of the biggest infrastructure projects within Italy and internationally at the head of the consortia of companies that have created the Italian high-speed rail system, building the Bologna-Florence and the Turin-Milan lines and internationally at the head of consortia that have completed high-level engineering projects in the hydroelectric, transport, maritime and industrial construction sectors worldwide.

He embarked on his career at the end of the 1970s, developing some electric and hydroelectric projects in the Middle East.

When he returned to Italy, he went to work for Girola, which was one of the biggest construction companies in Italy at the time. Girola then merged with Impregilo, the leading general contractor in Italy and one of the biggest construction groups in the world, where he stayed for over 20 years, holding increasingly important positions over the years within the holding company and the operating companies of the Group, until becoming its General Manager and then Managing Director from July 2007 to July 2012.

From July 2013 until 2015, he was the Chairman of Itinera SpA, an ASTM subsidiary and a leading construction company in Italy. 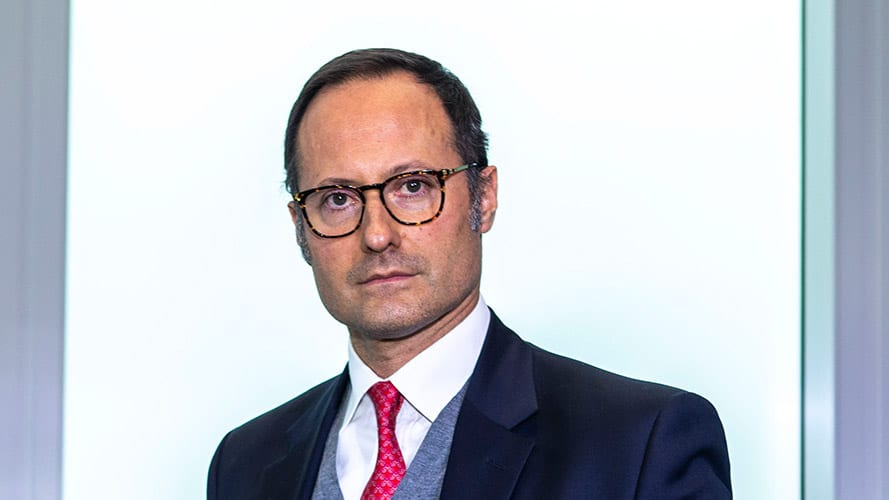 Umberto Tosoni was born on 4 March 1975 and graduated with a degree in Engineering Management from the Tor Vergata University of Rome, specialising in Transport Planning.

After beginning his professional career in one of the leading multinational companies in the semiconductor production sector, gaining important experience in Italy and abroad, he joined the Gavio Group.

Within the Group he has covered various and prestigious positions over the years, including – in the motorway concessions sector – CEO of SIAS, the Group’s holding company in the sector, and CEO of various licensee companies including Autostrada dei Fiori, SITAF, SATAP A4 Torino-Milano and A21 Torino-Piacenza, Autostrada Torino-Savona, Autostrada Asti-Cuneo, SAV.

Lastly, in the technology and innovation sector, he held the position of CEO of SINELEC, the Group’s Information Technology hub of which he is currently Vice President and of which over the years has maintained a role as coordinator for the strategic direction within the Board.

He is currently the CEO of Nuova Argo Finanziaria, a holding company owned by the Gavio family (50,5%) and the Ardian (49,5%) family, which controls the ASTM Group.

Born in Tarquinia (VT) on 9 October 1951. He graduated with a degree in Industrial Sciences with a focus on Business and Economics from the Akademie Erisau (Switzerland). He is the founder and CEO of AXEL Glocal Business, a business consultancy firm for strategy, business and financial consultancy. Among the positions held, he is Chairman of OVS (since 2019), Vice Chairman of Fideuram Asset Management (since 2016) and Zignago (since 2022) and is a director of DiaSorin, Clessidra Capital Credit SGR and Pellegrini. He has also been Chief Executive Officer of Il Sole24 Ore (from 11/2016 to 06/2017), Chief Executive Officer of Amplifon Group (from 2004 to 2016) and, after various top positions in Italy and France, Chief Executive Officer of Air Liquide Italia from 1999 to 2004. In the ASTM Group, he was Vice Chairman of SIAS, also acting as Chairman of the Appointments and Remuneration Committee.

Born in Borgo San Dalmazzo (CN) on 30 January 1960. She holds a degree in Political Science and Law from the University of Turin. She works as Notary with expertise and specialisations in civil, commercial, corporate, bankruptcy, tax and fiscal law. Currently, she is Deputy Chairman of Fondazione Cassa di Risparmio di Torino and Chairman of the Audit Committee. She has been a board member for Banca Fideuram, Impregilo SpA and Unicredit Leasing and Vice Chairman of the General Council of Compagnia di San Paolo. She is the author of numerous publications and has spoken at many conferences on the topic of corporate law.

Born in Murazzano (CN) on 17 October 1941. He holds a degree in Economics and Business from the University of Turin and is a business advisor for companies working in the infrastructure and real estate sectors. He is the founder of A.G. Energia S.r.l., a company operating in alternative energy generation from solar panels. He started his professional career at Impresit S.p.A., a construction company which was part of the FIAT Group, and went on to become its Chief Financial Officer and then its  General Manager. Following the merger in 1994 of the main Italian construction companies (Impresit, Girola, Lodigiani and Cogefar) into Impregilo, he became CEO and then Vice President until 2002.

He holds various positions within the group of the same name, which is active in the sectors of motorway concessions, construction and engineering, transport and logistics, technology and nautical. He is currently Chairman of Aurelia S.r.l., a holding company of the Gavio family, and of Nuova Argo Finanziaria, a holding company with the Ardian fund which coordinates and controls ASTM. He is also a member of the Board Directors of Ecorodovias Infraestrutura e Logistica SA, the main motorway operator in Brazil. He is Chairman of Baglietto, a historic Italian nautical brand, and member of the board of directors of Derthona Basket and other companies in the transport, logistics and service sectors. He holds a degree in Economics from Kensington University.

Born in Rome on 29 November 1976. He holds a degree in Business Administration from Luigi Bocconi University in Milan and an MBA from The Wharton School of Business, University of Pennsylvania. He is Senior Managing Director and Co-Head of Ardian Infrastructure Americas. At Ardian, he manages and oversees investments both US and Europe in wide range of infrastructure sectors. Currently, he is also a Director of Ardian US, Windpower Ltd and Maple Canada Solutions. Previously, among others, he served on the Boards of: 2iReteGas, SEA (Chairman of the Remuneration Committee), 3New, HISI. He joined Ardian in 2007. Previously, he worked at Merrill Lynch, in the European Leveraged Finance team in London, UBS Investment Bank in Milan, in the Corporate Finance team, and J.P. Morgan, in the TMT team in London.

With a degree in civil engineering, he has held numerous positions in the infrastructure sector. He is currently Chief Executive Officer of HISI Management, a holding company in healthcare and infrastructure, and Chairman of Genesi Uno srl. He was also Head of Concessions at Techint, Chief Executive Officer of ICOMA, as well as a founding partner and member of the Board of Directors of European Towers SpA.

Born in Milan on October 10, 1964. He graduated in Business Economics from the Luigi Bocconi University and holds an MBA from the Sloan School of Management of the Massachusetts Institute of Technology – MIT. In ASTM he is Chairman of the Risk Control Committee and Chairman of the Related Parties Committee. He is also a Director of the Interbank Deposit Protection Fund – FITD. Previously he was Vice President of Italian Hospitality Collection and Director of SIA, DeA Capital Alternative Funds SGR, Maire Tecnimont and SIAS. He spent his investment banking career working for Barclays Bank, Lehman Brothers, Merrill Lynch and Nomura in New York, London and Italy. He was also senior advisor of Long Term Partners and Cassa Depositi e Prestiti and is currently senior advisor to the CEO of Deloitte Italia.

She is a partner of the Bonelli Erede law firm of which she is Head of the Dubai office and Coordinator of the Ecological Transition Focus Team and the Project Finance Department. She is currently Chairman of the Central Bank of the Republic of San Marino and Director of ICM SpA, a group that brings together industrial companies operating mainly in the construction sector. Graduated with honors in law, she qualified as a solicitor in Italy, in England and Wales. She began her career as a lawyer in London at Allen & Overy, where she focused on project finance. She worked in the team that assisted banks to undertake the first Italian project financing (Rosen 1995) and since then has been involved in all the first market operations in Italy in all sectors (energy, water, waste, hospitals, subways, roads and highways). She has served as Chairman of Acea, the municipal company of Rome active in the water, waste, energy and electricity distribution sectors, and Chairman of Cassa di Risparmio di Cesena.

Born in Catania in 1984, Federica Vasquez graduated with honours in Economics and Finance from LUISS Guido Carli University in Rome. She has been working at Ardian Infrastructure in Milan since 2021, where she holds the position of Managing Director. Previously, he had worked over 14 years in Investment Banking at Deutsche Bank, in the Italian Investment Banking team in Milan and the Global Industrial & Infrastructure team in London. During his career, he has worked on numerous extraordinary finance transactions in Italy and Europe, with a strong focus on mergers and acquisitions, and with a specialisation in the energy and infrastructure sectors.